Experience an all-new way to slice in Fruit Ninja VR

The family fun of Fruit Ninja arrives in virtual reality!

Fruit Ninja VR takes the classic fruit-slicing gameplay enjoyed by billions of people worldwide and turns it into a premium virtual reality experience that can be enjoyed by players of all ages and skill levels. Players will be able to step inside the Fruit Ninja universe and tackle fruit flying at them from all angles in three well-loved game modes – Classic, Arcade and Zen.

Fruit Ninja VR will launch this month on Steam for the HTC Vive with Oculus Rift, Google Daydream and PlayStation VR support planned for Holiday 2016.

In addition to slicing and dicing fruit, players will be able to use their controllers to deflect bombs, skewer, and juggle fruit to create combos for high scores that will be featured on a global leaderboard.

Features to be added include customisable blades and costumes as well as new locales and characters from the Fruit Ninja universe. A PvP mode is also planned.

“After the latest VR technology was released, we felt that there was no better game suited to VR than Fruit Ninja. The simplicity of Fruit Ninja with the total immersion of VR creates an experience like no other. You are now The Fruit Ninja!” said Adam Wood, product manager of Fruit Ninja VR.

“Fruit Ninja VR signals an evolution for Halfbrick as a game developer. We are creating deeper games for mobile such as Dan the Man whilst exploring new frontiers such as VR. We want to give our fans memorable entertainment experiences via our brands on the platforms of their choice,” said Nicholas Cornelius, Chief Marketing Officer at Halfbrick.

Players can ensure that they are the first in line to experience the latest way to play Fruit Ninja by visiting fruitninja.com/vr and signing up for the launch notification. 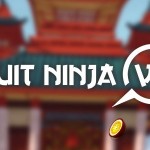 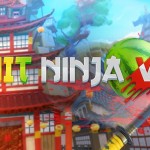