Fruit Ninja enjoys a position as one of the world’s top brands for mobile gaming with more than 500 million downloads worldwide and as many as 60 million unique players each month. Due to its leadership role and vast user base, Halfbrick is particularly conscious of the need to protect the privacy of all users, but most particularly to protect the privacy of children as they interact within the in-game user experience.

In light of the results from a recent study by PrivacyGrade, Halfbrick is going to still greater lengths to inform players about what data the game is collecting during the in-game experience and why.

“Parents and players are understandably cautious about the privacy aspects of online games, and the way their data is handled,” said Shainiel Deo, Halfbrick CEO. “Creating a safe and secure app is no longer enough to answer consumers’ needs for assurance. Developers must also ensure that permissions are clearly explained and easy to access at every applicable point in a game.”

Kate Hynes, Chief Legal Officer at Halfbrick, has also confirmed that the Fruit Ninja update is one of many actions the company is taking on the issue of privacy and data collection as development on the company’s line of game development products continues to grow and expand: “The PrivacyGrade process has been very informative and timely for our studio and underscores Halfbrick’s current and future initiatives on privacy protection. It is our intention to continually lead out on this front.”

In the coming weeks, Halfbrick will release updates to Fruit Ninja and a number of its other titles on Apple’s App Store and Google Play in order to raise the standard of its privacy measures. To receive the updates, parents and users need simply be watchful and mindful of accepting each update as soon as it is offered, for optimal protection and up-to-date user experience within the company’s popular games. 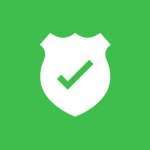